Ahead of COP26, Pope Francis encourages faithful to join Christian family in celebrating Season of Creation 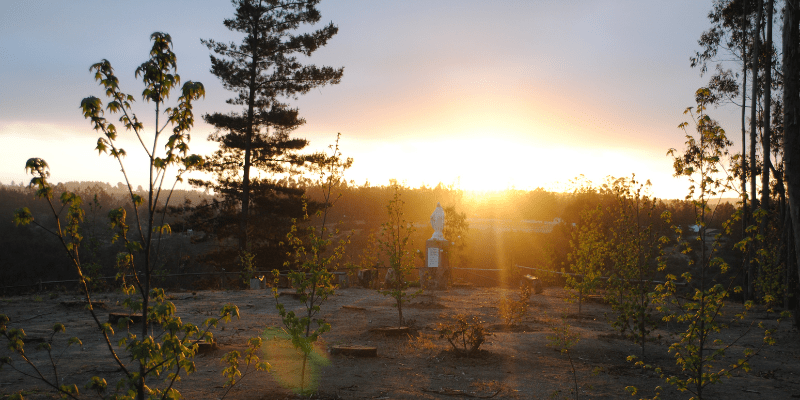 Pope Francis calls on Catholics to join Season of Creation

Recent UN report makes clear that urgent action is needed now, and all Christians can live out their faith by advocating for our common home ahead of COP26

Free resources and ways to celebrate the season available at seasonofcreation.org

Weeks before world leaders convene at the 26th United Nations Climate Change Conference, Pope Francis has called on all Catholics to repent and take action for our common home during the Season of Creation.

In his Sunday Angelus, His Holiness warned that “the cry of the Earth and the cry of the poor are becoming increasingly serious and alarming.”

He continued, exhorting all Catholics to take “decisive, urgent action to transform this crisis into an opportunity.”

The recent United Nations climate report makes clear that the climate crisis is already affecting members of God’s creation, and that humankind is running out of time to avert the worst effects of the ecological crisis and climate emergency.

Furthermore, in his Pope Video for September that was released today, Pope Francis asks all of us to question the way we live and turn “towards lifestyles that are simpler and more respectful of the environment.”

The first step in that path is participating in the Season of Creation, the annual celebration of prayer and action for our common home. As Christians make up more than 25 percent of the world’s population, they truly have the potential to change their communities and the world for good during the next five weeks

The ecumenical celebration starts today, 1 September, the World Day of Prayer for the Care of Creation, and ends 4 October, the Feast Day of St. Francis of Assisi, the patron saint of ecology beloved by many Christian denominations.

A global ecumenical prayer service officially launched the season earlier Wednesday. The gathering featured prayers from the tradition of Native American Christians and invited attendees to more fully explore the theme of this year’s Season of Creation, “A home for all? Renewing the Oikos of God,” which is based on Psalms 24:1. The prayer service was broadcast live on the Season of Creation’s YouTube and Facebook channels.

Catholics are encouraged to use the free Season of Creation Celebration Guide and to show the global Christian family how they’re taking action by registering their events at seasonofcreation.org.

With COP26 beginning next month, now is also a crucial time for Catholics to advocate for the least among us by signing the “Healthy Planet, Healthy People” petition, which tells world leaders how they should care for God’s creation.

Monsignor Bruno-Marie Duffé, the former Secretary for the Vatican Dicastery for Promoting Integral Human Development, invited Catholics to sign and promote the petition. “This Season of Creation will also be a critical moment for Catholics to lift up the voices of the most vulnerable and advocate on their behalf,” Duffé wrote.